Thankfully the topic of this article is becoming less relevant for more and more people across the United States as we slowly but surely reform our drug laws.  Even though several states have legalized the plant for all adults and lots of others are protected from prosecution due to a medical cannabis laws.  However, for some Americans it’s no safer than it was when President Nixon launched the war on drugs during the 1970’s.  If you live in my home state of Michigan, the threat of arrest for marijuana is still very real if you’re not a registered patient.  The good news is if you’re still liable for arrest in your home state for possessing/using marijuana, there are a number of things to drastically reduce your chances of being arrested.

The number one thing that I tell all my friends and people who use cannabis and to avoid Cannabis arrest is do not smoke it in your car!  This tip is so important, yet it’s ignored by countless smokers who enjoy a hot box or love smoking while on the go.  If you plan on driving that car and you also plan on possessing marijuana you better make sure that it’s completely scent free before hitting the road again.  Cops will immediately have the right to search you and they will find your marijuana if you had some on you.  The thing that drives me crazy is that it is completely avoidable.  Use a different car for the hot box or simply go for a walk and smoke outside.  This the most valuable piece of advice and if you only do one thing to protect yourself from prosecution, don’t smoke in the car!

The next best tip I can give is too keep your stash at home and bring only what you know you will need to use with you in the car.  If you followed the previous step, there should be no reason for the police to search your vehicle on the way to your destination.  Never consent to a search because if they have a reason they wouldn’t have to ask for your permission.  When your only carrying what you plan on using at your buddies house or for the weekend trip, then on the way back you are completely clean.  This is 50% of your commute completely eliminated of risk just because you planned ahead.  Marijuana is always safer a home and you are guaranteed far more protections then a vehicle which is subject to search at any time with the help of a drug dog.  If marijuana always stayed at the home(highly unlikely) your chances of being busted are slim to none.  Unless you are growing your own, then you are going to have to be driving with it to pick it up and bring it back at the minimum.  Ask your connection to deliver if possible to eliminate this.  Always remember the privacy of your home can not be compared with anything.

Unfortunately, for the vast majority of people in the remaining black market you will have to drive in possession of this plant.  That’s where my final well known tip comes in, obey all traffic laws at all times when driving with cannabis to avoid Cannabis arrest.  There are plenty of idiots on the road willing to draw the attention of the police away from you.  Speeders are everywhere as well as people who do not signal or ride to close to the car in front of them.  This should definitely comfort you knowing the probability is a lot lower.  It’s definitely still there however and the number of cars on the road also makes a big difference.  Driving home at 1 a.m from a friends house is going to draw more attention to you while following all the laws then 5p.m. on a Friday.

If you take everything into consideration discussed in the article i can guarantee that your chances of smoking in peace are increased.  Until the laws are changed for everyone in this beautiful country, many of us are at risk.  It’s sick and a crime to arrest people for putting something into their own bodies but it doesn’t mean our society won’t do it.  Be safe out there!

Although it was November 8th of this year when Massachusetts voted to eliminate penalties for personal consumption and cultivation of marijuana, the law officially takes effect today.  For legal sales, the soonest we’ll see stores opening is not until January of 2018 however.  This is huge as Massachusetts is the first state on the east coast to implement a law like this.  Maine also passed the ballot measure to legalize marijuana but it hasn’t taken effect yet.  Keep in mind, these two states are very far away from the next closest recreational state of Colorado.  This is definitely a victory worth celebrating and is the best example of an effective drug policy outside the western coastal area.

So what can the people of Massachusetts do exactly without going to prison or facing fines?  What they should have always been able to do, cultivate and bring up to an oz of buds with them on their person.  At home, the rule is 6 plants per person and total of 12 per household.  You can also have up to 10 ounces kept at home.  Prices at the recreational shops are sure to be ridiculously high when first starting out, so make sure to start your grow now and save some serious cash come 2018.  Tax rates in the state are supposed to be low in comparison to other states like Colorado, Washington, and Oregon but the law of supply and demand the first opening months will guarantee some pricey buds.

For those of us that can’t grow because they don’t have the resources, knowledge, or time to put into an operation, there are no new options for obtaining cannabis.  It’s illegal for people to sell and advertise on Craigslist and other sites so still go to your connection that you used before it became legal.  There is no real legal way to purchase weed it’s suppose to just appear from nothing.(wouldn’t be so bad)  Sticking to this method will not put the consumer at any additional risk instead of going to someone new who is openly advertising illegally.  There have been plenty of cases on the news of police operations based on this idea in other states.  This is a huge moment in history for personal freedom and I am just smiling thinking about the real crime that will be stopped, and the innocent lives that will be saved from the permanent damage of a criminal record.  As long as you remember not to use in public or surpass the limits allowed, you can sleep at night knowing you’re no longer considered a criminal.

If you guys have already heard of The Clear brand I would not be too surprised.  I also had heard of this brand for a while before finally purchasing a pen and some of the flavored cartridges and WOW.  In the past I have used different kinds of personal vaporizers designed to be stealthy that you put wax or bud in but this thing is on a whole different level.  You don’t have to carry any bud or wax on you; all you need is the cartridge that is preloaded and only smells and tastes like the flavor you purchased.  Once the cartridge is empty, you throw it away with the mouthpiece and simply attach your new one on.

To go into some further detail on the cartridges, they are not very large in actual size but last much longer then you would expect.  If you use it several times throughout the day it will still last 3-5 days easily.  That is not bad at all, and if you’re like me the main reason of using this is to have something on the go and be able to use it pretty much anywhere scent free!  The flavors are very accurately labeled and are quite enjoyable and easy to keep puffing on if your not careful.  Tell people it’s an e-cig it looks just like the one’s with tobacco e liquids.  The pen once fully charged via USB lasts all day long and makes it easy to recharge if it doesn’t last for periods of heavier usage.  The ooze pen that I bought at the dispensary with the cartridges allows you to take bigger pulls then expected from its size.  As far as potency goes, if you’re a heavy medical user with a  large tolerance it takes about 3-4 to really feel relaxed which is impressive.  I’ve passed it to a few friends who said 1-2 was plenty to feel the effects.

I definitely recommend trying them out if you’re the type of person that is always on the go and would enjoy a easy and discreet way to use your medicine.  Using couldn’t be any easier as there’s no cleaning or maintenance to be done and all you do is pull to get a hit no wait or button pushing.  The only negative I would mention if anything is that the cartridges are expensive and vary in price by area of dispensary.  Here it’s not too bad and  still worth it but can definitely become a real expense if you start to enjoy it too much.  Price goes 3 for $100 where I live right now and if the price is right get some for yourself, you won’t regret it!

MASSACHUSETTS CANNABIS PROHIBITION IS OVER

Sun Aug 25 , 2019
Although it was November 8th of this year when Massachusetts voted to eliminate penalties for personal consumption and cultivation of marijuana, the law officially takes effect today.  For legal Cannabis prohibition sales, the soonest we’ll see stores opening is not until January of 2018 however.  This is huge as Massachusetts […] 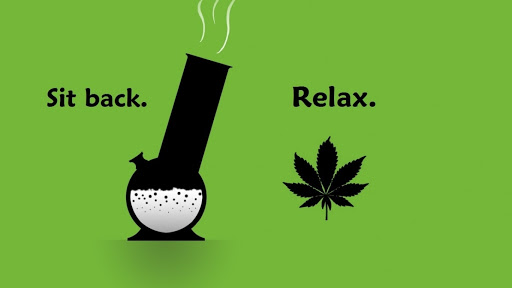