The beverage company that owns several brands of wine and beer including Corona and Modelo just gained 38% ownership in the Canadian cannabis company Canopy Growth.  In order to acquire this much ownership of Canada’s largest medical marijuana producer, Constellation Brands made a record-breaking investment.  The owner decided to drop $3.8 billion in order to establish his company in the cannabis community before Canada’s recreational sales begin and before that sector of the economy explodes.  He believes like many other cannabis consumers and businessman that the time for federal legalization in the United States is also quickly approaching.  Robert Sands is confident that Canopy growth has market-leading capabilities that will allow them to expand and build their company across international borders.

This nearly $4 billion investment by an alcohol company is clear evidence of the culture change we have and currently are experiencing in both the U.S. and Canada.  If this kind of thing were to happen just ten years ago it would have been considered shocking and extremely risky.  Ten years ago there wasn’t even a Canopy Growth Corp. operating in Canada.  Although medical cannabis laws have been in place in the country since 2001, recreational legalization didn’t pass until this year.  Also, the U.S. hardly had any laws regarding medical cannabis besides a few select states which were mostly out west.  The market was in early development and did not have the legal protections or the enormous customer base that continues to grow over time.  Many still think that shifting focus away from the lucrative alcohol sector that Constellation brands worked so hard to build is questionable even at this point in time.  There still is no guarantee that legalization won’t hit more roadblocks and get delayed for years.  Nobody knows for sure if Canopy Growth will be successful in expanding its operations into a new country with established medical and recreational companies.

This move has to be extremely exciting for Canopy Growth’s point of view.  With an enormous boost in capital, it should be able to maintain it’s status as the largest cannabis company/producer in Canada.  Canopy also has stated they will not grow or distribute any of their products until it is legal at all levels of the government.  They will not be dealing with individual states that have passed laws allowing recreational or medical cannabis.  They are playing it safe and trying to remove any possibility of liability.  This may have an impact on their ability to establish themselves in the United States and other countries because other companies may be willing to take the risk and build their business behind the security of state or local laws.  However, with the type of cash they now have access to, they might be able to enter late and still be successful.  They would still have a strong reputation from their presence in the north and use that as a sales point for new customers who aren’t aware.  Another result of this investment is that Constellation will now be able to select four of seven directors for the cannabis company.  Management positions are going remain the same for Canopy Growth for the time being. When news of Constellation Brands acquisitions first broke the stocks for the Canadian company rose 31.3%.  I’m hoping that everybody has made their investment before Robert Sands did.

Mon Oct 28 , 2019
When I think of strains that are always in rotation at local medical marijuana gardens, one that quickly comes to mind is Chocolope strain.  This sativa is not hybrid-like in its effects at all.  Its genetics come from two parents who are known for having clear energetic highs.  Chocolate Thai […] 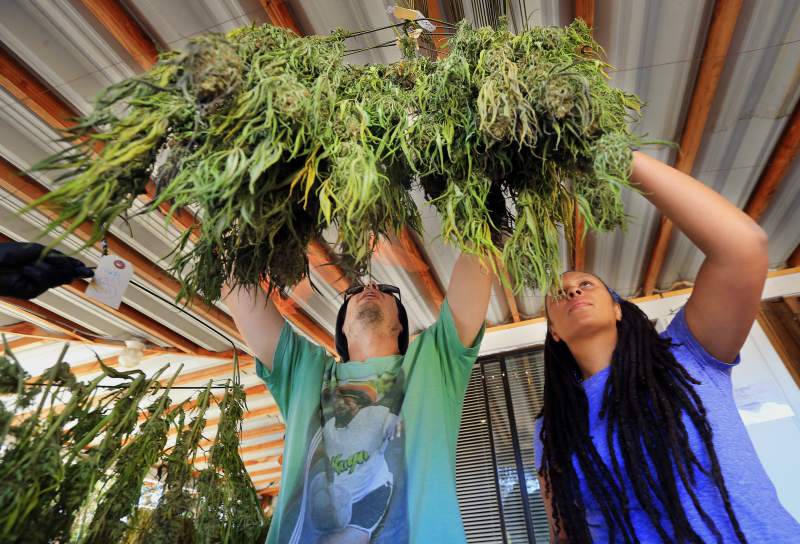